Hi, folks, I was just browsing my YouTube site and thought I would post some of my altered media mini-albums here, for your interest. The three I have posted below were my first attempts at various types of mini-albums.

It was a really important year for birthdays in our family, which you will see as you read on. And, it was even more challenging, because three important birthdays took place between December 10, 2011 and January 28, 2012–so close together and during the busiest time of the year. I was really proud that I managed to get them all done…and, it was soooo worth it in the end!

Chipboard mini-album for my son, Neil

The first one I made was for my son, Neil’s, 40th birthday. I used chipboard pages, covered in vintage papers. The theme was “You’re a classic,” which, in this mother’s heart he is. It was a real hit and was certainly the most unique birthday card he had ever received. Here is the video…

The next one I made was for my granddaughter, Lindsay’s 21st birthday: This one is made from toilet tissue rolls. It was fun and easy to create, and Lindsay really loved it! I secretly hope she will tuck it away and someday show it to her grandchildren.

Envelope mini-album for my grandson, Austin

The next one was for my grandson, Austin’s, 18th birthday! I made this one from business envelopes I had left over from when I sent out my C.V., way back before e-mail…hmmmm, that brings back memories…but that’s another story.

I hope you like my mini-albums, and more importantly, I hope they inspire you to create some mini-albums of your own. I promise you they will be a hit with the recipients and will likely become treasured keepsakes to show future generations.

Thanks, so much, for stopping by. Have a wonderful day!

Hi, crafters! Are you ready for the brand new MMSC challenge for March?
As always, it’s your choice–make it fancy or clean and simple or, somewhere in-between. And, the “twist” this month is to make it green.

You may enter up to 4 cards during the month of March, using one or both styles.
Just have fun and come play with us.
Entering our challenge is as easy as 1-2-3:
1. Please become a “FOLLOWER”

2. Tag with MMSC136 when uploading to galleries.

3. Enter your project to ” inlinkz” below & leave a comment

http://priscillastyles-store.blogspot.com/
Stop by and check out all the new images!!

And now, announcing the winners of MMSC135…

Please contact priscillastyles with your info to claim your Prizes!!! 🙂

If you love vintage images, head on over to Clearly Vintage, THE best resource around–and everything is FREE! The lady, whose name is not published, also has another blog called Two for Tuesday, which is also vintage and also FREE! 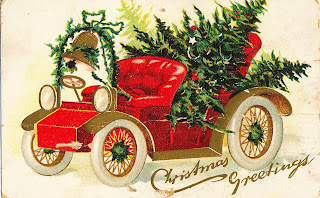 If you love to colour vintage images, there are plenty of black and white ones just waiting for you to work your magic on them.

You  might also want to check out her other blog, Paper Flowers. She has a lot of beautiful and creative projects on display. Check them all out, today!! You will be SO glad you did!

This is my take on MMSC#133. It's a beautiful vintage Santa from Clearly Vintage.

Welcome to Midnight Madness Sketch Challenges #133 and #134
Make it fancy or clean and simple, or somewhere in-between–it’s your choice. Remember, every Friday, you can see the next week’s sketch by clicking on the sneak peek button on the side bar.
“YOUR CHOICE OF FOUR SKETCHES THIS TIME”
This time, we are posting two sketches and you have two weeks to create and submit your masterpieces. These are my takes on them.
Please Note: We will resume the Midnight Madness sketch challenges with MMSC#135 in 2012.

And this is my take on MMSC#134. This adorable image is by Just Some Lines. It's called, appropriately, "Three Birds in Winter."

Stay tuned for some changes coming in the new year!
Happy-Holidays, everyone!
Winners will be announced when Priscilla returns.
Note, I am also entering my little birds card in:
— Designed2Delight Designer’s Challenge Saturday
— ABC Challenge–E is for Embossing
I am entering both of my cards in the
— Papertake Weekly Challenge
Wish me luck! LOL!I
Okay, here are the new sketches. Have fun and good luck!! 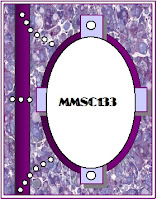 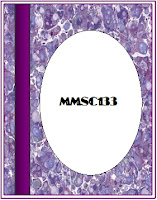 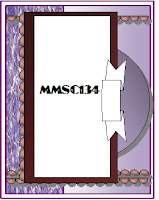 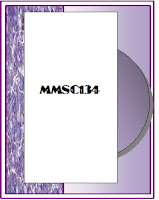 Our Remarkables Awards this week go to…

Here are your random numbers:18

Please contact Priscilla with your info to claim your Prizes!!! 🙂

http://priscillastyles-store.blogspot.com/
$10 Gift Voucher redeemable for any digi images in the “priscillastyles” Store
Stop by and check out all the new images!!

GC redeemable for digis only

http://www.digistamps4joy.com
“Digistamps 4 Joy was born in July 2010. What began as a “brainwave” developed into a rather successful journey…  Started by Mel M, and with the help of talented artists and fellow South Africans JenLee, Margy, Sam, Laura and Mel herself, Digistamps 4 Joy was soon reaching an international audience.  Digistamps was a rather unheard of and new craft to many South Africans with most only having access to them if they had a credit card.  Mel and Jen started brainstorming and soon came up with the idea of starting an online store entirely accessible to all South Africans.  Mel having the experience in web and graphic design, and Jen being a wonderful illustrator work together as a team and produce most of the images many people around the world have come to know and love.  Among the many images, you’re sure to find something you like… from fun and whimsical to cute and funny right through to serious and beautiful. Every month a new freebie is available on the website.”
The winner will get her choice of 6 images from the store